A year of accomplishment
The past year has been a productive one for your alma mater. As reflected in different ranking systems, UCT continues to feature as Africa’s top university, ranked at 113 on the 2012 Times Higher Education (THE) World Rankings and at 156 on the Quacquarelli Symonds (QS) World University Rankings for 2012/13. Both the QS and THE systems rank UCT as the only university in Africa in the top 200, and in the THE we are placed third among all universities in the BRICS countries. Our research remains a strategic priority, and with 31 National Research Foundation A-rated researchers – the lion’s share of the national tally – we have done well. We’re particularly proud that of the four new NRF President’s Awards (given to up-and-coming researchers under the age of 35), three went to UCT candidates.  Some of our most important and interesting research is captured in this publication 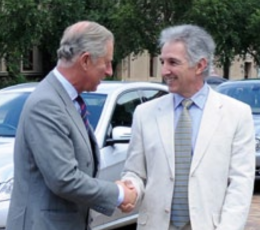