The official UCT UK Trust website’s Thapelo Moloantoa spoke with the acclaimed songstress about her work and the upcoming event. This (below) is how it went:

Your educational background points to studying in various international institutions in Africa, Europe and North America. Please clarify as to why this is so.

I decided that in order to be a good opera vocal coach I would need to study foreign languages further, specifically Italian, the most important language in the operatic repertoire. So after graduating from UCT I spent two years in Milan, taking singing lessons, accompanying singers and becoming fluent in the language.

I continued my studies at the Royal College of Music in London which as was one of the few institutions that offered a post-graduate course to train as a repetiteur/opera coach. It was an intensive year of playing for rehearsals of the singers at the RCM vocal faculty, taking piano and voice lessons, playing for Italian, French and German diction classes and opera stage rehearsals where one had to learn to follow a conductor and play the piano “orchestrally” (as a substitute for the orchestra which takes over for the final leg of rehearsals and opera performances).

I then was selected as Chef du Chant (voice coach and accompanist) for Opera National du Rhin Young Artists Program in France which was also a great opportunity to add French to my language skills, perhaps the 2nd most important operatic language. I continued my study/work efforts in the USA where I did several Summer Opera programs and apprenticeships – the Merola Program linked to San Francisco Opera and Glimmerglass Opera, in upstate New York,  linked to New York City Opera. Both were great opportunities to work with international companies and singers whilst continuing to hone my skills as a coach and accompanist.

While in the US I did my Masters in Vocal Accompaniment at the University of Illinois where I was also a graduate teaching assistant.

By the time I returned to Cape Town to work at Cape Town Opera, I felt I had well and truly honed my craft and was able to share my skills with our phenomenal local singers.

That is a wonderful experience indeed. Kindly tells us why and how did you become involved in classical music?

I started piano lessons at 6 years old and also sang in choirs from an early age. Discovering I had perfect pitch through my first piano teacher, I realised I had a talent that needed to be cultivated. I also enjoyed performing in concerts and competitions and was fortunate enough to perform as a soloist at 15 with the Durban City Orchestra. Mostly I think working on this craft gave me a sense of focus and discipline and the achievements fuelled my desire to keep taking things further.

Kindly provide some comments on each of the performers on the upcoming UK trip. 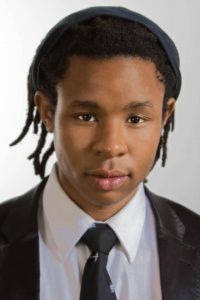 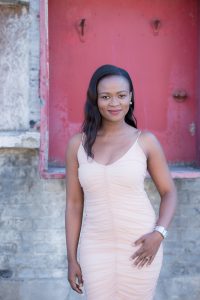 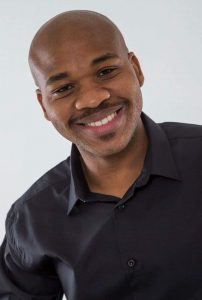 We have an exceptional line up of singers: tenor, Makudupanyane Senaoana (pictured above – left) who hails from Lesotho, is a UCT Honours Graduate in Opera Performance currently doing his Masters at the Cologne Academy for Music and Dance in Germany;

Caroline Modiba (pictured above – middle), soprano, whist not a UCT graduate, has taken part in UCT Opera School productions as a member of the Cape Town Opera Studio and is currently a Young Artist at the National Opera Centre based in Wandsworth, London;

Bongani Justice Kubheka (pictured above – right), a bass-baritone who hails from Ladysmith, KZN, also an Opera School graduate, has been a finalist in Placido Domingo’s Operalia competition and in 2015-16 studied under Dennis O’Neil, CBE, at the Wales International Academy of Voice in Cardiff, Wales.

What can the audience expect from the performance?

A beautiful selection of Opera arias, duets and ensembles from Mozart through to Gershwin which showcase the incredible voices of all three singers. Highlights will include  an original song composed and sung by Makudupanyane the tour de force first act soprano aria from  La Traviata ‘E strano….Sempre Libera’ sung by Caroline  and the well-loved tenor/baritone duet from the Pearl Fishers.

As a UCT graduate what does it means to you to work at the UCT and the historic Baxter Theatre?

It means a huge deal to me given that my roots in opera began as an SACM undergraduate piano performance student when I used to play for rehearsals under Professor Angelo Gobbato and gleaned an astonishing amount from him in terms of style, musicianship and work ethic. To have been able to complete my Doctorate in Music at UCT really takes me the full circle.

So many iconic operatic performances at the Baxter theatre as well as the concert hall with semi-staged performances of opera with piano accompaniment have followed….and the audiences for opera have continued to grow and regenerate, as opera itself does….modernising with exciting new stagings of Classic masterpieces set in a modern, African context as well as newly commissioned operas such as 4:30, (premiered in late 2015) 4 new 30 minute operas including “Blood of Mine” by Sibusiso Njeza.

Thank you for taking time off your schedule to chat with us. Wishing you all of the best and looking forward to the concert.

It has been a pleasure Thapelo and I too look forward to meeting you at the London fundraiser!