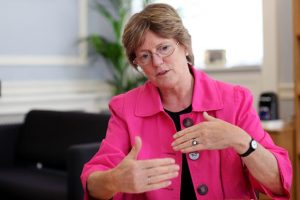 Drug-resistant infections pose the biggest threat to modern medicine. Currently it is estimated that more than 700 000 people die annually due to drug-resistant infections such as TB, HIV and malaria. Due to the lack of global data, it is feared that the real number is likely to be far higher. By 2050, if left unchecked, drug-resistant infections will kill 10 million people a year and will cost the worldwide economy $100 trillion. Chemotherapy would not be possible and even simple surgeries, such as hip operations, could be become life threateningly dangerous.

Every signatory has agreed that drug resistant infections must be tackled as a priority.

The nations have committed to develop surveillance and regulatory systems on the use and sales of antimicrobial medicines for humans and animals; encourage innovative ways to develop new antibiotics, and improve rapid diagnostics; and engage in awareness-raising activities to educate health professionals and the public on how to prevent drug-resistant infections.

The Wellcome Trust’s director, Dr Jeremy Farrar, said: “Drug resistant infections do not respect international borders and to tackle this problem we need all nations to be on board. Each and every country must now identify what actions they can take to address drug resistance.”

UCT’s Drug Discovery and Development Centre (H3D) is one of five drug research institutions that have been selected to participate in the research project. 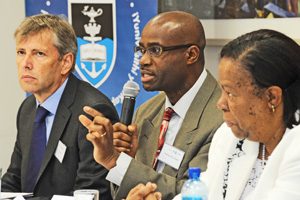 “It is a significant coup for H3D and UCT to have this kind of recognition on a global scale”, said Professor Kelly Chibale (pictured, middle) director of UCT’s Drug Discovery and Development Centre.

Several of the participating groups are already meeting to synergise opportunities, avoid duplication of research efforts, share information and coordinate their high-level objectives.